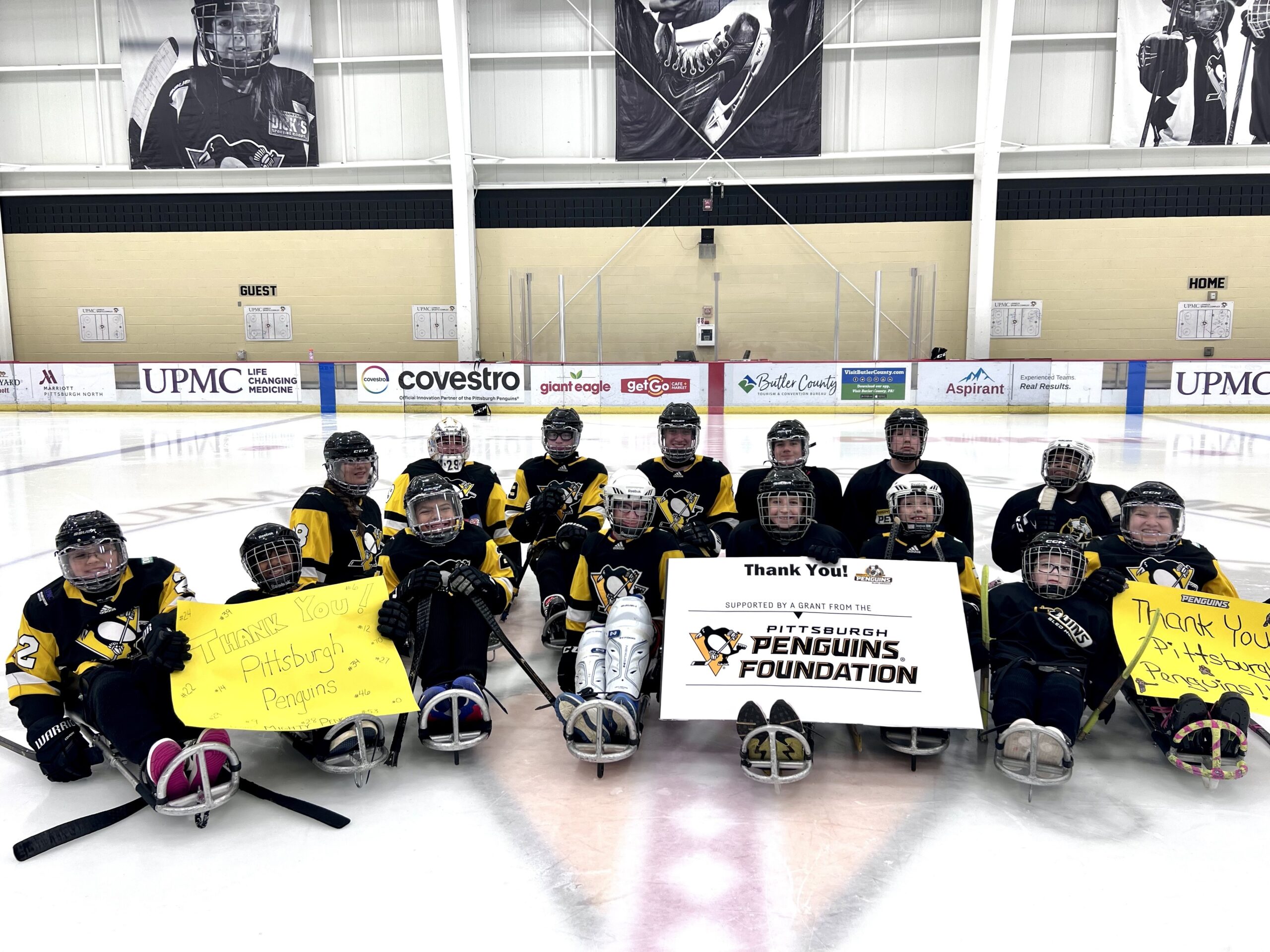 Thank you! We are proud to be supported by a grant from the Pittsburgh Penguins Foundation!

Get Ready to Play – Our Way!

Mighty Penguins Sled Hockey is a fun, therapeutic and competitive program for physically disabled children and adults. We aim to develop character, sportsmanship and physical fitness – while promoting and encouraging both educational and cultural experiences.

In the early 1960’s, the sport of sled hockey was developed at a rehabilitation center in Stockholm, Sweden by a group who, despite their physical impairment, wanted to continue playing hockey. Today, sled hockey is a fast-growing internationally recognized sport and a key event in the Paralympic games.

It provides a means for physically challenged individuals to play competitive ice hockey. Getting a good workout, building self-esteem and being part of a team are just a few of the benefits of sled hockey!

In 1998, volunteers from Shriner’s Hospital for Children in Erie introduced the sport of sled hockey to Pittsburgh and the Mighty Penguins were born! Initially the goal was to provide children and young adults with physical disabilities the opportunity to participate in a competitive sport. The parents and guardians of these players have seen firsthand the physical and emotional benefits of the program. Many local organizations have helped our program by donating ice time, equipment, customized hockey gear and insurance. Individuals throughout the Greater Pittsburgh area volunteer their time and talents to educate and assist our players.

The Mighty Penguins continue to build on this existing foundation of support by increasing player involvement and expanding the number of teams competing locally and nationally. This past season, the Mighty Penguins registered on its roster various teams that included Youth Novice, Junior Gold, Junior Black, Adult Gold, Adult Black, and competitive Senior Team. These teams competed in tournaments throughout Canada and the United States.

The Mighty Penguins sled hockey team was founded in 1998. We have grown over the years and are proud to include over 70 players of all ages on various teams. We continue to provide opportunities to our amazing athletes of all abilities. The Mighty Penguins are excited to share home ice with the Pittsburgh Penguins at the UPMC Lemieux Sports Complex!

READ ABOUT OUR ORGANIZATION WATCH THE VIDEO

How Can You Help Out?

Find out how you can donate your time or money to support our program. 100% of the money we raise goes to our players! 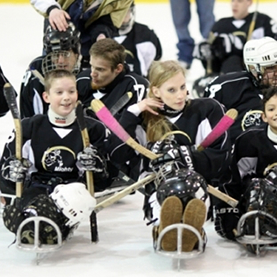 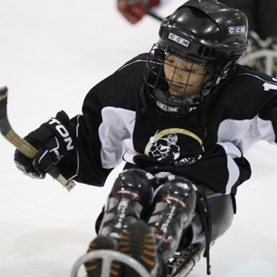 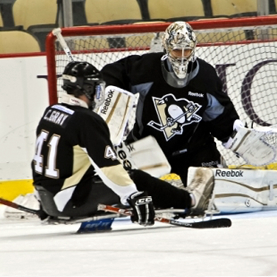 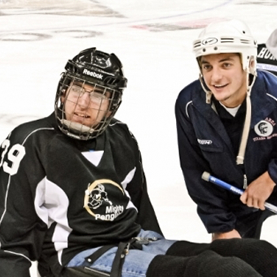 We currently have players rostered on multiple teams.