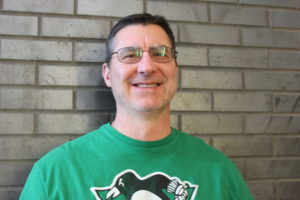 Joe became an immediate fan of sled hockey and the Mighty Penguins when his daughter Abby, who was born with Spina Bifida and is now 20-years-old, began playing sled hockey at the start of the 2015/2016 season. Joe became the assistant coach for the novice team for the 2016/2017 season as well as a member of the Board of Directors and soon thereafter, President of the organization. Presently, he is a USA Hockey-certified level 3 coach and a coach to an adult team.

Joe has served on the board of directors for the Spina Bifida Association of Western Pennsylvania (“SBAWP”) and Spina Bifida Housing, Inc. (“SB Housing) since 2006 serving as treasurer for both organizations and president then chairman of the board for SBAWP and has held several volunteer positions at his church, Ken Mawr United Presbyterian Church, including the head of finance. Joe and his wife Melissa live in Robinson Township and Abby is attending Seton Hill University while still playing hockey. Joe is a CPA and certified treasury professional with a Bachelor’s degree in Accounting from Washington & Jefferson College. He has worked at Federated Investors, Inc. for over 25 years and is the Director of the Corporate Treasury department. 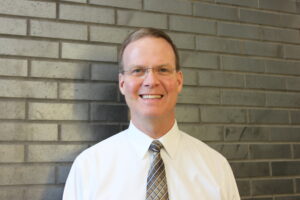 Mark has been involved with Mighty Penguins Sled Hockey since its founding in 1998, when his son Daniel joined the program as a 4-year-old born with Spina Bifida, and has witnessed both Daniel and the Mighty Penguins program continue to grow and thrive. As proud parents of Daniel and his older brother Andrew, Mark and his wife Angie watched Daniel improve and persevere in the sport, ultimately playing for the U.S. Men’s National Sled Hockey team and winning a gold medal in the 2014 Paralympics in Sochi, Russia. Andrew played both stand-up and sled hockey (with Daniel) as well, and is currently a Resident M.D. specializing in Physical Medicine and Rehabilitation at UPMC in Pittsburgh.

Mark is a USA Hockey-certified Level 4 coach, serving as an Assistant Coach on the Mighty Penguins Senior Team on which Daniel continues to play. Mark also serves on USA Hockey’s Sled Player Waiver Committee, which reviews roster exception requests from players throughout the country to ensure consistency in player placement according to USA Hockey rules, and to foster growth of the sport with the formation of new teams.

Christine’s son Lance was diagnosed with an inoperable malignant brain stem tumor at age 4 and the family spent the next several years determined to save Lance. After receiving several cancer treatments, Lance received a lifesaving immunotherapy treatment leading to his miraculous improvement. Left with some disabilities, the family found the Mighty Penguins. From his first time on the ice, it was clear Lance found his sport. Lance enjoys his position as a sled hockey goalie and loves competition.

James Michael, Board Member and Director of Operations

James acquired his love of hockey playing in the youth leagues in Canada. He has coached hockey as a volunteer for both his son’s and daughter’s hockey teams and managed his adult ice hockey team. As Director of Operations, James is responsible for the operational phases of the sled hockey organization including the formation of teams, growth paths, and the selection and development of coaches, schedules, and players. And as a USA Hockey-certified Level 4 coach, James also enjoys coaching sled hockey.

James is a Product Development Leader with more than 25 years design experience leading product design teams, and works locally as Director of Engineering. He graduated from the University of Waterloo with both Bachelor’s and Master’s degrees in Mechanical Engineering.

Dan McCoy – Board Member and Director for Player Development

Dan continues to play on the Mighty Penguins Senior Team, also serving as an assistant coach for the team, as well as serving as Director for Player Development for the Mighty Penguins. Dan is a personal trainer with certification from the American Council on Exercise. With the help of the University of Pittsburgh, he and students in the university’s Physical Therapy Doctoral program created an off-ice program called Mighty Strong, to train the athletes of the Mighty Penguins program in a gym setting to lead healthier lifestyles on and off the ice. The program is in its 3rd season. Dan recently became a member of the Rehabilitation Engineering and Assistive Technology Society of North America where he serves on the board of Assistive Technology Standards for Inclusive Fitness.

Dan graduated in 2017 from the University of Pittsburgh with a Bachelor’s degree in Communication and currently works at the University of Pittsburgh as a personal trainer at Mercy Hospital’s Spina Bifida Clinic as well as at the Human Engineering Research Laboratories as a Research Coordinator. Dan is also a board member of SB Housing, in which he oversees the wellness program offered to the residents, and Hockey Sticks Together.

Justin joined our board in July of 2019. Justin is a devoted hockey father who spends his time supporting his sons who play for the Pittsburgh Penguins Elite. Between games, Justin began watching Mighty Penguins Sled Hockey practices. Justin is dedicated to growing sled hockey for disabled athletes and is especially involved in community service.

Justin is a detective for the Cranberry Township Police Department. He obtained a Bachelor of Arts degree from Thiel College and a Master of Science in Criminal Justice from the University of Cincinnati.

Jim joined our board in July of 2020. He is an avid hockey fan who was introduced to sled hockey while exploring opportunities to serve his community. Jim works to ensure our disabled athletes have ample opportunity to enjoy the benefits of sled hockey.

Jim is a principal of Dickie, McCamey & Chilcote, P.C. He concentrates his practice in the areas of employment and labor law and employment immigration, as well as alternate dispute resolution and mediation.

Prior to becoming an attorney, Jim was a human resource manager for a hospital in the state of Indiana. This background has given him an understanding of the issues companies face when dealing with employees and enables him to provide advice that not only passes legal muster but is also grounded in the realities of the workplace. Jim has provided advice and counsel on virtually all employment-related concerns, from hiring procedures to termination and severance issues. He has worked with companies ranging in size from small to Fortune 500, in the medical/healthcare, construction, technology and manufacturing industries, helping them navigate the tricky waters of restrictive covenants, leave time, wage and hour issues, and various types of discrimination claims. Jim has also assisted clients who seek visas for foreign national employees. He is an accomplished public speaker with 25 years of experience, having addressed audiences of all sizes and compositions on a variety of employment-related topics. Jim also uses those skills to assist clients with in-house training for management staff.

Jim has complied with and been accepted as a mediator for the Western District of Pennsylvania ADR program.

Martha Martin is a native of Butler, Pennsylvania and has been an active community member of the Greater Pittsburgh area for most of her life. She’s served the community as an insurance agent for seventeen years, as a volunteer at the YMCA’s Camp Kon-O- Kwee/Spencer and as a Saint Alexis School volunteer. She actively supports her son’s efforts in Pittsburgh’s youth hockey leagues and assists with the Cardinal Wuerl North Catholic Middle School Hockey Team and the management of the Arctic Foxes hockey team. Martha became involved on our board, severing as secretary, while her son Mario volunteered on the ice with our youth players.

She has lived in Harmony, PA for over 20 years with her husband David and son Mario.